In Honor of Workers’ Memorial Week, each day this week Citizen Vox will discuss the need for safe jobs and call attention to the ways the Trump administration is dismantling key worker health and safety protections.

Workers need an advocate in the White House. The Obama administration worked tirelessly to issue life-saving worker protections, such as the new silica and beryllium standards, and used targeted enforcement measures to hold employers accountable for keeping worksites safe.

The Trump administration has already set a markedly different tone for worker safety. While President Trump uses lofty rhetoric to claim he will fight for working people, his true priorities are with the business insiders. Public Citizen analysis revealed that Trump has met with nearly 200 corporate CEOs since taking office. In fact, a day-by-day review of Trump’s so far shows that virtually every day has been marked by a new, extraordinary grant of power to corporate interests and the enrichment of Trump’s private businesses.

Among Trump’s advisors and cabinet appointees, you’d be hard pressed to find a true advocate for worker health and safety. Let’s take a look at just a few of the people in Trump’s inner circle who have dubious records on worker issues: 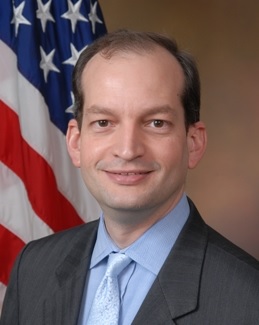 After the failed nomination of Andrew Puzder – a corporate CEO whose restaurants profited from worker exploitation – Trump had a second chance to earn the trust of American workers by appointing someone who would champion their rights at the Department of Labor.

Alexander Acosta is not that candidate. First of all, Acosta – who is expected to be confirmed by the U.S. Senate later this afternoon – has a resume that is noticeably empty on workers’ rights issues. In fact, a 2008 U.S. Department of Justice (DOJ) report revealed the politicization of hiring practices within DOJ’s Civil Rights Division during Mr. Acosta’s tenure, calling into question his ability to be an advocate for workers. What’s more, he was unable to take a strong stance on worker safety protections during his confirmation hearing. When Elizabeth Warren questioned him on whether he would uphold the silica rule, Acosta couldn’t commit to protecting workers from toxic silica dust.

Exposure to silica dust in the workplace causes silicosis, lung cancer, chronic pulmonary disease, and kidney disease. OSHA estimates that the silica rule will save over 600 lives and prevent more than 900 new cases of silicosis annually. A nominee who can’t commit to preventing lung cancer in workers is unfit to lead the labor department.

The Trump administration has made no secret about its goals to dismantle regulations meant to safeguard working families, the environment, and consumers. For example, Trump signed an executive order mandating that agencies eliminate two public protections for every new regulation issued.  Public Citizen and allied advocacy groups recently filed a lawsuit to block this unconstitutional move.

Top advisors in Trump’s cabinet like Carl Icahn are likely to aid him in rolling back regulations, with severe consequences for workers and families. By tapping Icahn to be a special advisor for regulatory reform matters, President Trump chose a corporate raider who has cost thousands of workers their jobs and cost thousands of families their retirement and health benefits.

In fact, Trump hired Icahn around the same time that a tank car manufacturer under Icahn’s control sued the U.S. Federal Railroad Administration – an agency that regulates railroad safety – after it ordered the company’s tank cars to be tested for leaks.

Because Icahn is an advisor and not technically a federal employee, he is able to advise Trump without complying with federal conflict of interest laws. As a result, he’s been able to effectively lobby for policy changes that benefit his oil refineries. Senators have criticized his role in the administration as ethically questionable. Refuting his critics, Icahn said, “I have a right to talk to the president like any other citizen…It may sound corny to you, but I think doing certain things helps the country a lot. And yeah, it helps me. I’m not apologizing for that.” 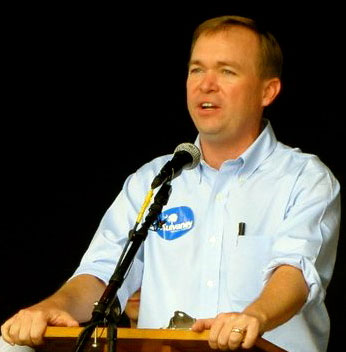 vaney, Director of the Office of Management and Budget

Former Freedom Caucus member and current U.S. Office of Management and Budget (OMB) Director Mick Mulvaney has an extreme, controversial vision for the country that will be devastating for working families. He once referred to social security as a “Ponzi scheme,” and advocated for raising the social security retirement age to 70.  He has even accused the Obama administration officials of undercounting regulatory costs to justify protecting the public from health and safety hazards.

That’s not all. In defending Trump’s proposed extreme budget cuts for worker safety, the arts, and social safety net programs, he stated, “I put myself in the shoes of that steelworker in Ohio, the coal-mining family in West Virginia, the mother of two in Detroit…Can I really go to those folks, look them in the eye and say, look, I want to take money from you and I want to give it to the Corporation of Public Broadcasting [sic]?”

As Leo Gerard pointed out, Mulvaney’s statement is completely tone deaf. Working families are not calling for the government to cut funding for programs protecting their health and safety at work. Perhaps the OMB director is confusing working families with the U.S. Chamber of Commerce.

Scott Pruitt is a notorious climate change denier whose tenure at the U.S. Environmental Protection Agency (EPA) is certain to wreak havoc on our environment. But also, a recent speech that the EPA head gave demonstrates just how little attention this administration is paying to workers’ lives.

Earlier this month, Pruitt spoke to coal miners at the Harvey Mine, which is part of the Bailey Mine Complex. His speech focused on the Trump administration’s Energy Independence Executive Order reviewing the Clean Power Plan and dismantling energy regulations.

While he gave the speech to connect with coal miners, his location choice was less than ideal. In 2016, Consul Energy – the company operating the mine – received $3 million in fines for charges that it contaminated the Ohio River, a source of drinking water for three million people. The company has also incurred millions of dollars in fines from the Mine Safety and Health Administration. Evidently, safe jobs for coal miners and working families are not a top priority for the Trump team.

If Trump were serious about advocating for workers and their safety, he would surround himself with individuals dedicated to uplifting working families. None of the individuals described above fit this profile.

Keep up with Public Citizen’s work on these issues by following @SafeWorkers on Twitter.

Australia: No Change In Junk Food Advertising To Kids In 5 Years Commemorating Workers’ Memorial Day 2017 and Planning for the Fight Ahead