Students and faculty at universities across the United States have been at the forefront of implementing solar energy at their schools. And for good reason, with increasing attendance at colleges and universities, it is a growing concern to many that these institutions be environmentally conscious. 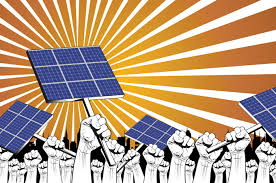 So what makes solar energy remarkable?

Solar energy has seen increased popularity among institutions due to its ability to “pay back” to an institution over time. Once initial installation costs have been paid, an institution which chooses to adopt solar energy can then save money by not having to buy energy from an electric company. With solar panels warrantied at 25-years, the institution can reap the reward of solar energy payback for several years. Not only do solar panels make for a smart investment over time, they have low maintenance and repair costs.

Although there are several advantages with the use of solar energy, there can also be administrative and fiscal challenges in the push for renewable energy in the form of solar power. For many of those pushing to implement renewable energy at their own universities, and even wider community, it can be asked: “How did they do it?”

The following universities have excelled in the realm of implementing solar energy:

In 2009, Stanford began their renewable initiative by launching their “Energy and Climate Action” which planned to transition away from using 100% fossil fuels. Since 2009, Stanford has transitioned to using 65% of its total electric use to renewable sources. Of the renewable energy used by Stanford, 50% of it comes from solar energy. Stanford has been able to provide 200 kWh of solar electricity to its campus by use of both onsite roof top solar along with offsite solar power procurement:

Stanford leases the panels from SunPower, and initial costs required by the initiative were allocated from the university’s annual facilities budget.

In June of 2014, George Washington University and American University created a partnership called the “Capital Partners Solar Project”. This partnership would make the large-scale implementation of solar energy fiscally possible. As a result, 52 megawatts of energy are provided by Duke Energy Renewables to both AU and GWU. The energy is produced off-site in North Carolina electric grid. The universities get the financial benefits from the energy produced.

Along with American University, George Washington University also receives 50% of its electricity from the solar energy deal. The solar panels aren’t present on campus due to lack of space required for energy demands. The desire by students for solar power, along with administrative support, paved the way for the partnership for solar energy with American University. The partnership gave the perfect opportunity to increase renewable energy consumption and do so more affordably.

Even for schools without large endowments, solar energy can still be made financially feasible:

Funding can be a huge obstacle in the push for solar, as initial installation costs can be huge. In Texas, many schools have used a number of local renewable energy incentives to afford the initial costs of solar.

Huston-Tillotson University, a small private university in Austin, Texas has installed a 240 kWh array, which has 736 panels. The university has a student body population of just under 1,000 students. With a small student body, the university wanted to incorporate green energy while also being cost effective.

Huston-Tillotson was able to finance their solar array will no upfront costs. The university was able to make installing solar panels a possibility by earning PBIs (performance based incentive credits) offered by the City of Austin, along with the commercial VoS (Value of Solar), which is rate Austin Energy uses to compensate customers for the value of the energy the panels produce. These two revenue streams from Austin Energy (the city-owned utility) equal at least what HT pays for the lease on the solar installation.

Karen Magid, director of STEM and Sustainability at Huston-Tillotson, stated a to two-prong approach was used when giving the pitch for solar energy. The first, that green energy would pay back to the university over time and allow them to discontinue purchasing electricity from the grid. Second, the use of green energy is a major selling point to environmentally conscious prospective students. HT is able to boast more solar panel energy per student than fellow Austin area universities: The University of Texas, St. Edward’s, and Concordia.