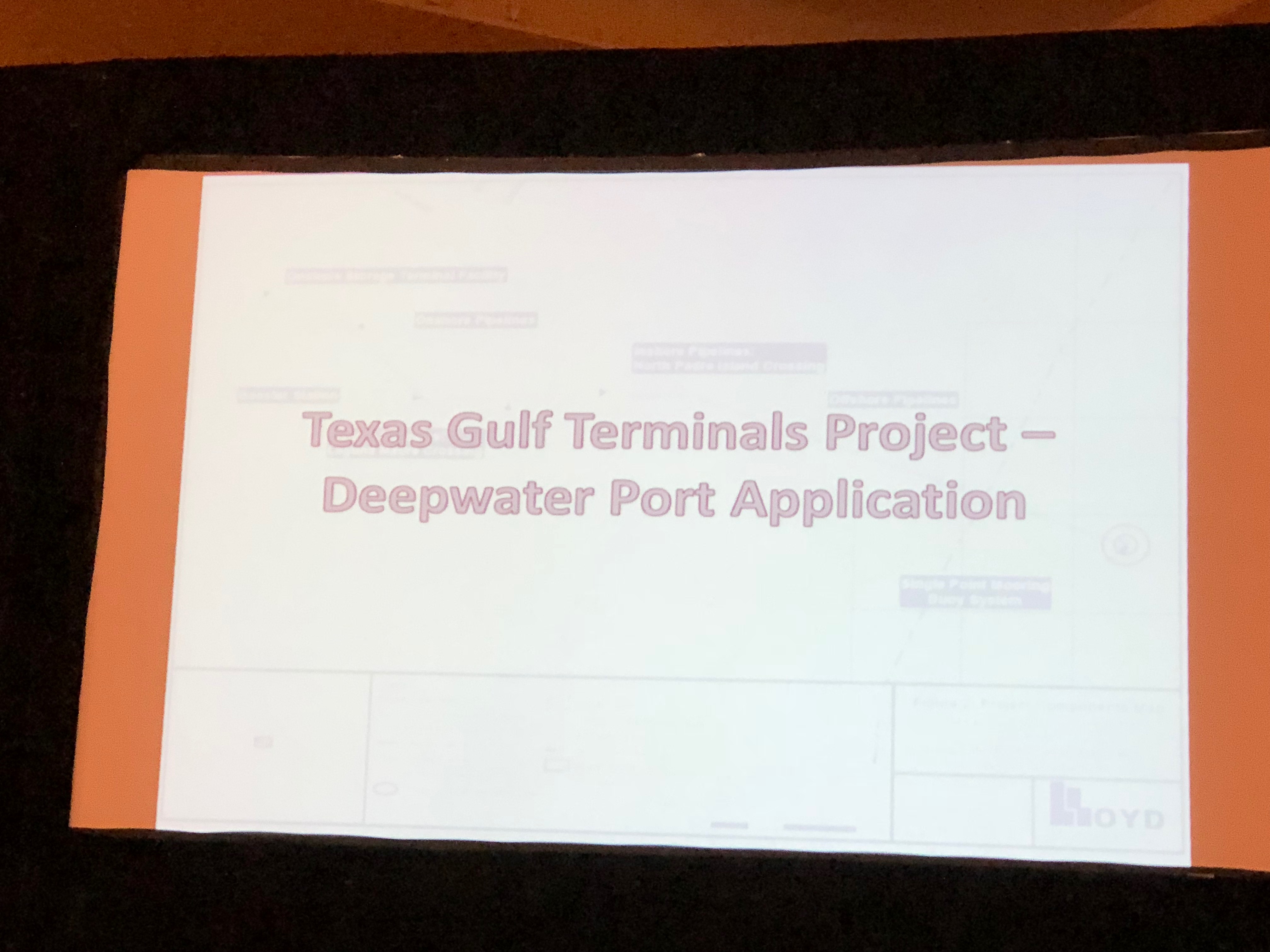 Wednesday, September 12th, a scoping meeting was held for the Texas Gulf Coast Terminals Project- Deepwater Port Application. Texas Gulf Coast Terminals is a subsidiary of Trafigura, a Swedish company. I attended and commented at the meeting as a representative of Public Citizen and as a Corpus Christian, my hometown being Corpus Christi. Public Citizen recognized the importance of this application on both a local and national level. Along with our efforts were local Sierra Club members including Hal Suter and Lois Huff, Jim Klein president of the Clean Economy Coalition, Lauren Loney a UT Law Environmental Justice and Community Development Fellow, as well as other passionate local environmental scientists and activists. 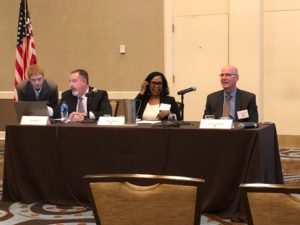 Corpus Christi is known as the “sparkling city by the sea”, however, the city’s  attachment to the oil industry has given our home other reputations. For instance, I was visiting Corpus Christi two Christmases ago when an erosive chemical from Valero polluted the city’s water. We could not drink, shower, or even boil the water for use. Local businesses were greatly disrupted financially by this industry event and we became dark humored memes across the state and nation. Corpus Christi is now known as the city with bad water. Moreover, when I learned about the proposed deepwater port license, I had great concerns as to the potential repercussions this level of industry could bring to the health of the Corpus Christi community, gulf coast tourism, fragile marine ecosystems, as well as the big picture consequences this application is tied to. The Trafigura offshore port is designed to accommodate very large crude carriers – called VLCCs – that each can carry 2 million barrels of oil. Trafigura is a secretive, privately-held company that has refused to provide details about its ownership structure as part of this application.

With the massive amounts of fracked oil exportation that this license allows (which will be traveling through a pipeline that cuts across the vital and sensitive Laguna Madre), if any accident were to occur, as they do, this would be catastrophic to our coastal marine ecosystems. The pipeline (as mapped in the photo below) is also placed less than a mile from Padre Island National Seashores, where nature is preserved and tourism flourishes. 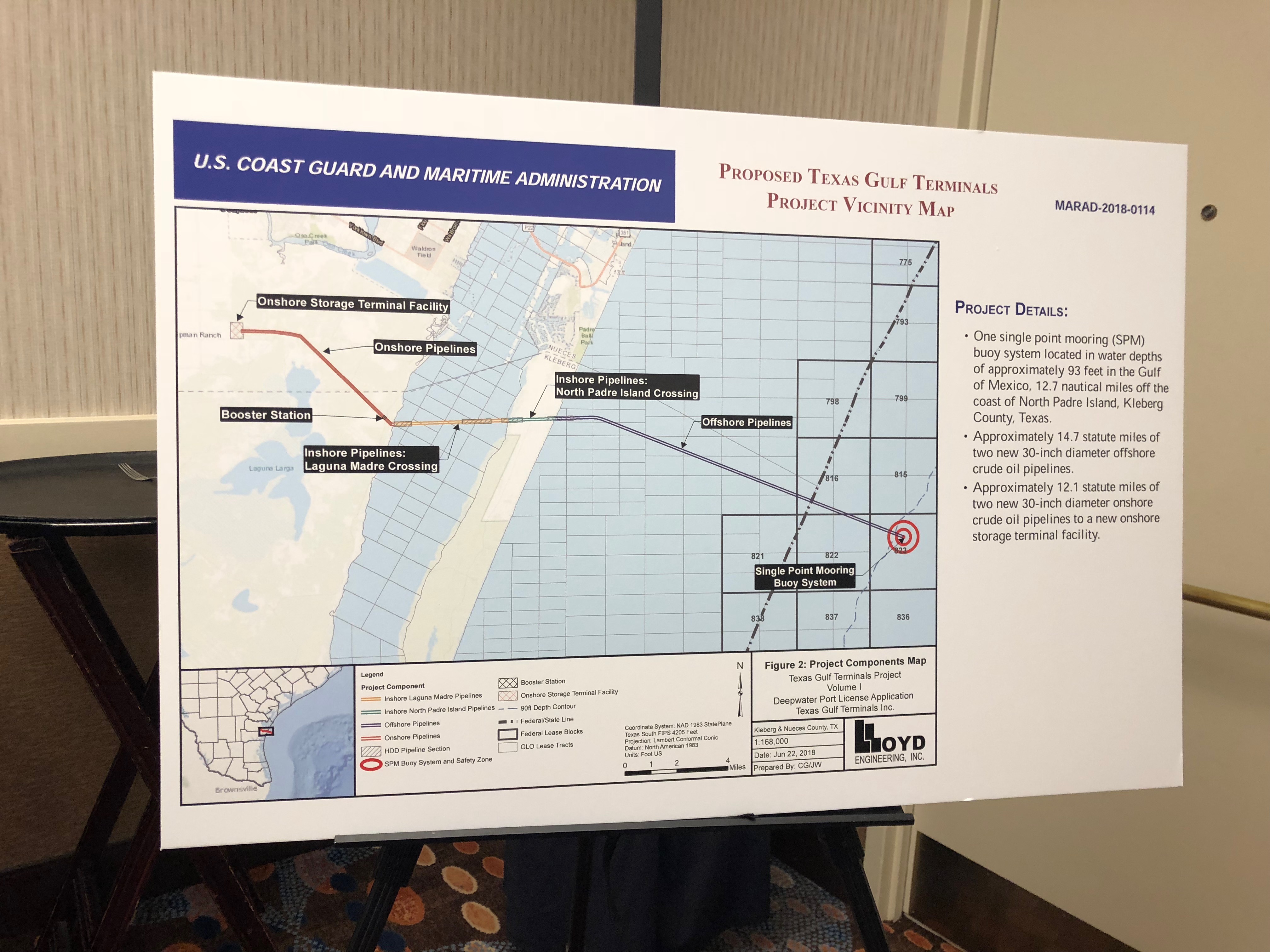 The Laguna Madre is the only hypersaline lagoon in North America and is one of only 6 hypersaline lagoons in the world. The Laguna Madre, Padre Island, and surrounding habitat in the Lower Rio Grande Valley are critical for several endangered species, including the Kemp’s ridley sea turtle, ocelots, and millions of migrating waterfowl such as the federally-listed piping plover. The seagrass beds of the Laguna Madre also provide habitat for one of the world’s most productive fisheries, supporting vibrant angler and eco-tourism industries. The Laguna Madre, Padre Island, and surrounding habitat have been the focus of conservation efforts for decades.

This project would put this unique resource at risk and directly threaten the years of work that have gone into conserving both the habitat and the species that call Laguna Madre home. The Environmental Impact Statement (EIS) should consider the impact on federally and state-listed threatened or endangered species as well as their associated habitat requirements, the fishery, migratory birds that winter in the Laguna Madre, as well as the local eco-tourism industries.

If this port is built, we would also expect locally to feel the effects of increased water use and pollution issues, and a worsening of our air quality leading to further public health risks. Exporting high volumes of crude will also impact the energy direction of our state. This opening of the gates would lead to increased fracking and the environmental issues associated with fracking – impacts largely felt in Permian basin and other oil-producing areas in Texas where fracking is common.

This proposed license serves up the question, “What would we like Corpus Christi to be known for?” Is it indeed the sparkling city by the sea, or is it the city of industry, of industry pollution?

Why should Corpus be making such a choice? When the city could be investing in long term health and energy reliability like that of renewable energy?

The Trafigura offshore oil port has global implications for the crude oil trade, as it will vastly expedite the ability to export greater volumes of fracked crude oil out of the United States. Facilitating crude oil exports will increase the financial incentive to expand fracking in Texas – leading to environmental and water challenges in the Permian and Eagle Ford. There will be not only local environmental impacts, but global climate impacts because of the Trafigura port influence on global oil markets.

The port would ultimately allow the United States to reach new heights of oil exporting. The financial temptation has come in the form of a Swedish company wanting to build a port in international waters with minimal accountability if a pollution event were to occur. To make matters worse, Trafigura’s informational holes in it’s application only lends to further distrust by local activists. The public has a right to know who exactly owns Trafigura.

Stay tuned to Public Citizen for future opportunities to comment. We will keep you updated when the EIS is released. In the meantime, click here to view the notice of application.